Green, orange or red. Even purple when you are close to the worst. After pressing the sensor, you’ll know what level of pollution surrounds you. French start-up Plume Labs has finally released the product it has been working on since its inception in 2014. Named Flow, this anti-pollution sensor will spot 4 types of pollutants in the air. That is, fine particles (PM2.5 and PM10) as well as nitrogen dioxide (NO2) and volatile organic compounds (VOC).

What is the use of a pollution sensor? If in the countryside, its usefulness can be questionable (depending on your location), it is clear that in cities, its use can be useful. We used Flow for two weeks in Paris. Easy to use, your Flow will change color to show you the pollution when you ask it. In real time, it is possible to check your pollution level via the associated application (Android and iOS). Very well thought out, it sends you a daily summary with your average pollution level and the related curve. From morning to evening and when you travel. What is a typical day like in terms of pollution?

First lesson: the air I breathe in my apartment is generally good. In the morning, it is interesting to notice a regular peak of particles around 5-6 am. At this time, it can only come from the water heater which starts up. Instructive on paper but useless to find a solution because the rate of particles drops quickly before the rise.

The toaster, this emitter of particles

At breakfast, a coffee machine and a toaster working, and the particle sensor goes crazy. Nothing prohibitive, but the color quickly turns orange for a moderate pollution. Logical when you take the time to think about it. A toaster resistance that heats up and often produces combustion with the bread crumbs. Just air the room a little to bring the particle level down quickly. In the bathroom, Flow finds nothing to complain about despite the use of deodorant or perfume spray. The sensor stays green. 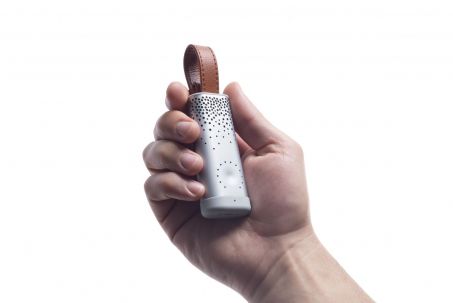 The advantage of Flow is that with its leather strap, it can be easily attached to a bag or a handlebar. Practical to measure on its route the pollution to which one is exposed. Especially during a moderate physical effort like during a cycling trip. On paper, the route I take daily by bike to go to the editorial office of Challenges makes me go on the famous quays of the Seine that Anne Hidalgo has partially closed to cars. Is the pollution there prohibitive? I was expecting an alarmist answer from the sensor. It was not the case. Despite the fact that cars are often at a standstill, the fact that we are passing at a distance of about ten meters from them, often with a strong wind, which protects us from strong pollution. Flow remains green on the whole route.

The air of the open space of Challenges Is it polluted? Very little in fact, the sensor is almost always green. Sometimes at the end of the day, when nobody had the idea to open a window, the sensor turns orange.

Mostly, the sensor goes haywire when it’s time to make a meal at home. Like the vast majority of apartments in Paris, I don’t have an extractor hood. Thus to cook at home makes invariably pass the sensor in the red (strong pollution). The peak is often moderate in time. Especially if one thinks of opening a window to air afterwards.

There remains the case of a party at home where some of your friends want to smoke. Inside especially, sometimes at the window, your Flow will turn purple. This is the worst stage of pollution (very high). To lower the level of particles in the air, all you have to do is air the room thoroughly. 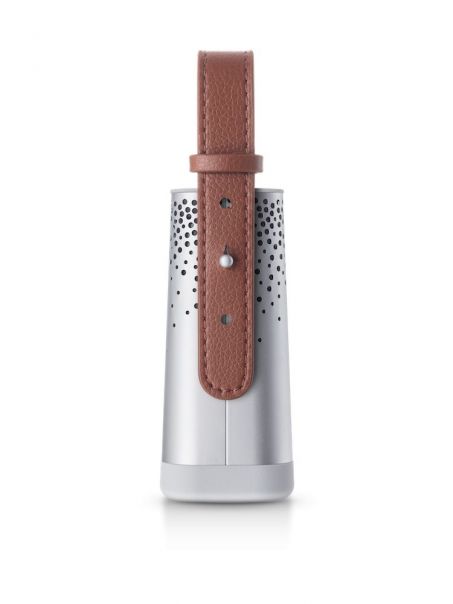 The Flow sensor is connected to USB. Its charging time is 5 hours for an autonomy of about a day. The main handicap of the Flow sensor, the marketing price set at 179 euros. The purchase of this sensor is therefore a significant investment. It is already necessary that the person is aware of the pollution which surrounds him and that it wishes to remedy it.

In short, the Flow pollution sensor is really useful to make everyone aware of the quality of the air we breathe, which is often bad. As well as on the changes of habits to implement to improve the air we breathe. Except that the marketing price of Flow is an important brake for the democratization of this sensor.

Also read: Plume Labs, the start-up that measures the pollution of the air we breathe