A futuristic design that can certainly be criticized. But it’s quickly forgotten once the console is turned on. If the PS5 has caused a lot of ink to flow for its imposing spaceship look, all dressed in white, we have to admit that the result is amazing. The PS5 faces the new Xbox Series X and S from Microsoft. We tested the PS5 with disc drive for about ten days.

There is 2 different PS5

Great news, the PlayStation 5 comes out in two versions. The classic one equipped with a disk drive with a hard drive of 825 GB. It costs 499 euros. And the big news is a 100% digital console at 399 euros, without a disk drive. It will be necessary to download the games online from the PlayStation Store. If the purchase economy is interesting, in the long run it will not be possible to to resell these games purchased second hand. And considering the size that the latest blockbusters are now taking, about fifty gigabytes, if you are a compulsive gamer, your hard drive might fill up very quickly. Only 600 GB are available for installing games, or at best a dozen games.

This console uses the latest graphics card from AMD, but above all an SSD hard drive. The goal is to offer greater responsiveness and to reduce loading times. Does it work? Yes in our humble opinion. Starting up the console, launching a game, or even loading times in the few games we were able to try are frankly reduced. Less time to wait, more time to play, for now the gain in fluidity is noticeable. Note that Sony announces that the console will eventually support the 8K TV technology…. even if for the moment very few televisions are compatible. 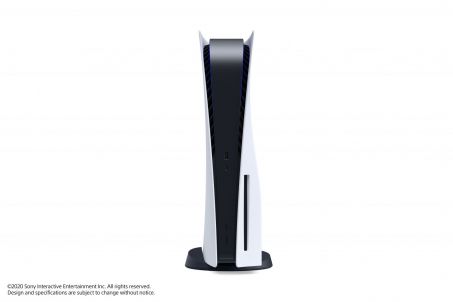 The PS5 does not go unnoticed. Besides its futuristic look, it’s especially its weight and size that impress at first sight. 4.5 kg on the scale for 39 centimeters high and 26 centimeters wide, and 10 centimeters thick. A heavyweight category compared to the PS4, which is twice as small.

This imposing size surely allows Sony to achieve a feat that it could not boast with the PlayStation 4. More space, better cooling of the console. And therefore very often silence. Sometimes when downloading a game, or when inserting a PS4 game in the player, the console makes slightly more noise. Most of the time though, it is very quiet. Nothing to do with the feeling of having a plane taking off in the living room, while you are trying to infiltrate a group of zombies in The Last of Us 2 on PS4.

Read alsoSony’s PS5: the beginning of the end for physical games, the death of used games 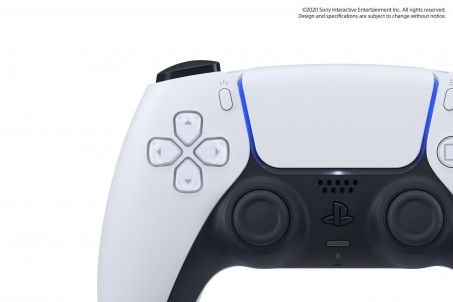 Change in continuity. For its new Dual Sense controller, Sony did not want to lose its aficionados. The shape is close to that of the PS4, and even the original one. Except that many features and evolutions improve the experience. A new vibration system, called HD, is at work. The variations are better perceived and they gain in finesse it is true. The triggers of the controller also gain resistance to the pressure of your fingers. Always to improve immersion and realism. To tell the truth, we have not yet been able to test it. Finally the controller is equipped with a speaker and a microphone.

In the gadget department, Sony has included on the top of the console, if you choose the vertical position, a light system to know in which mode the console is. Blue means that the console is on. Orange means it’s on standby. Nothing revolutionary, this choice does not bring much compared to the previous system.

It’s hard to judge the rendering of a new console in the middle of a coronavirus epidemic. Many games had to be delayed because of the pandemic. Nevertheless, we were able to try this PS5 with Spider-Man: Miles Morales and Demon’s Souls. You will have a very good and smooth gaming experience with a rate of 60 frames per second. You can even go up to 120 fps depending on your TV.

The console incorporates Ry tracing technology. This new light processing is supposed to give a more realistic look. The experiment is particularly conclusive in the last Spiderman where New York is really superb. 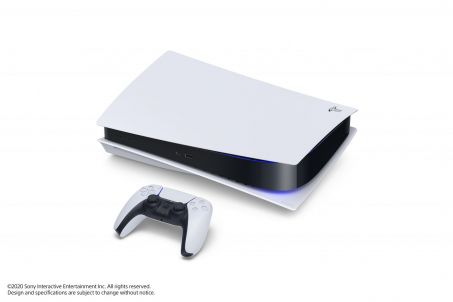 The question is almost absurd as the available stocks for this end of the year seem to be light. Sony has been hit hard, as well as Xbox, by the coronavirus epidemic. This has blocked part of their factories in Asia, and above all has made a mess of their supply chains. As a result, volumes are lower than expected. In concrete terms, apart from the lucky ones who managed to get a pre-order, it will be difficult, if not very complicated, to hope for a PS5 under the Christmas tree.

And that’s not necessarily a big deal. For the moment, apart from a few games, few licenses are released only on PS5. So, if you have a PS4, you can still enjoy the new licenses on your console at the end of the year. And then take advantage of the backward compatibility between the two consoles to migrate to the new generation. The PS5 will easily convince gamers of its usefulness, especially in the coming months when the catalog of new games will be expanded, with many exclusive licenses.